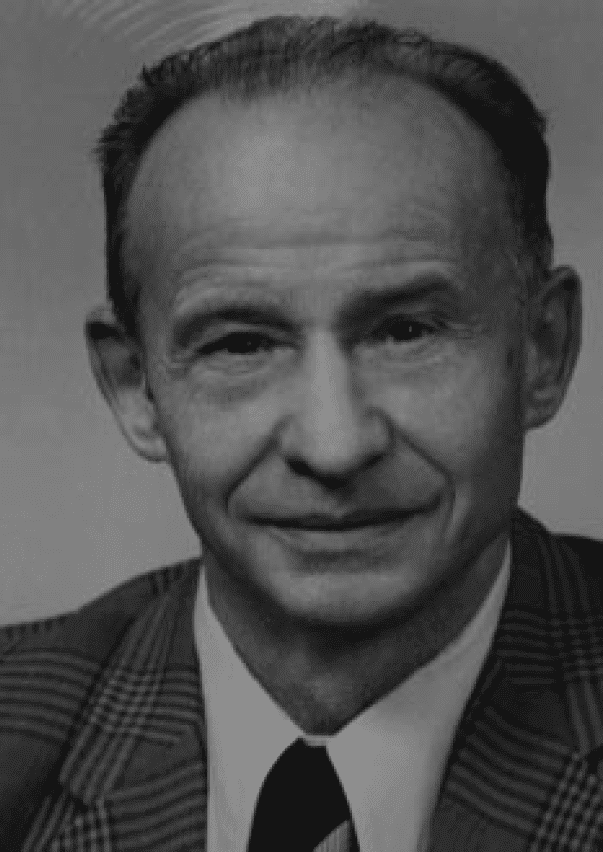 I would like to share some observations about Professor Raymond G. Herb that I presented in a 2018 Toastmasters talk, since he had a profound effect on my study of physics & the scientific method while I worked part time in his labs to help pay for my education.

At the University of Wisconsin in Madison, Professor Herb supervised over 50 PhD physics students. Many more of us learned valuable lessons by working in his research labs & company.

A researcher at another university had a reputation for being sloppy. Peer reviews are required to get your research published in the Journal of Physics and every time that professor’s paper came to Herb’s lab for review, he had his grad students go over it with a fine tooth comb. This was an excellent teaching approach & taught scientific rigor.

During the Manhattan Project, 2 of the Van de Graaff accelerators he had built at the University were secretly shipped to Los Alamos and 7 of the 10 critical measurements needed to determine the feasibility of the atomic bomb were done with those accelerators! One of those was later sold to Los Alamos and the other returned to Madison that I had an opportunity to work with.

From 1940-1945, he also supported the war effort by helping develop microwave radar at MIT in Massachusetts. He helped install radar near the front lines in Europe.

Both Professors Richards & Barschall worked at Los Alamos during the war and came to Madison to help build the Nuclear Physics Department with Professor Herb. I often saw the 3 of them hypothesizing about physics and coming up with strategies to prove or disprove their hypothesis. This is a critical step about research that too many people don't understand.

Grad students always wanted to run experiments and then try to figure out why various results occurred. Professor Herb insisted that they first hypothesize what they expected to happen, based upon their current understanding of physics. If things didn’t turn out the way they expected, then they had to expand their understanding.

His willingness to work with brilliant grad students & team up with others having specialized skills is a key reason that Professor Herb was so successful throughout his long career. He was also very observant when unexpected things happened.

James Ferry was one such PhD student. At that time, Van de Graaff accelerators used a high voltage dome at one end to force charged particles down the accelerating tube for experiments. A wide flat rotating belt was used to continuously charge the dome to maintain voltage. These belts were temperamental and hard to maintain. James Ferry developed a metal chain made from steel pellets strung together on a nylon fishing rope he braided to replace the belt. The new accelerator was called the Pelletron in honor of the pellet chain. I made many of the accelerating tubes for James Ferry's experiments. 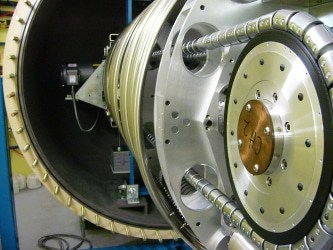 The above photo shows a rugged Pelletron chain used in commercial Pelletron Accelerators. This is definitely much larger than the smaller chains that James Ferry built by hand in the lab to demonstrate the concept.

Once the concept was proven, many advances were made to the chain for production. The pellet chains are very efficient, provide long life, need very little maintenance, & provide extremely stable terminal voltage conditions.

In 1965 Professor Herb & James Ferry founded the National Electrostatics Corporation outside of Madison, to build these Pelletron Accelerators. This was a very risky endeavor for a research professor. Part of his motivation was his loyalty to Wisconsin and a desire to provide employment for scientists & engineers close to home.

Over the past 54 years, they have continued making major strides and adjusting to significant economic changes. They have manufactured over 230 Pelletron systems installed in over 50 countries. Systems range in size from 200 KeV to the largest 25 MeV at the Oak Ridge National Lab. 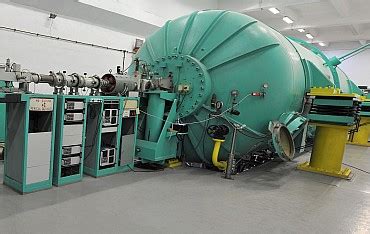 Even the pressurizing tank used to hold a medium sized 9 MeV Pelletron charging column & accelerating tube is quite large, as shown above. More space is needed for the experimental areas that use the high energy accelerating beam generated by the Pelletron.

These systems are very versatile and are used in many fields from nuclear research, art, archeology, medicine, Alzheimer’s research, biology, environmental sciences, geology, gemstone modification, and many more areas.

Let’s recap. Professor Herb was married for over 50 yrs & raised 5 children with his wife Anne. They loved the outdoors, hiking, & canoeing and frequently invited friends, students, & associates to their home for gatherings.

His company has directly created hundreds of jobs and these systems have benefited tens of millions of people around the world and far into the future.

There is a deeper lesson here. Professor Herb was always curious, was always striving to do better, and was always working to help others. He achieved by sharing & serving.