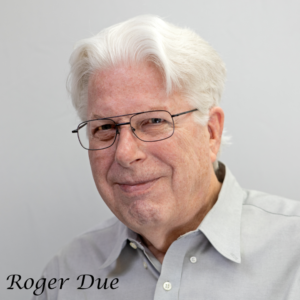 I've always been interested in how the world actually works. How can we work together to enhance opportunities for everyone to achieve their highest potential? What makes positive contributing people tick, even when faced with significant challenges & adversity? Why are others focused on the negative and not seeing opportunities? I'm interested in scientific, spiritual, geopolitical, & related concepts.

Summary of my background 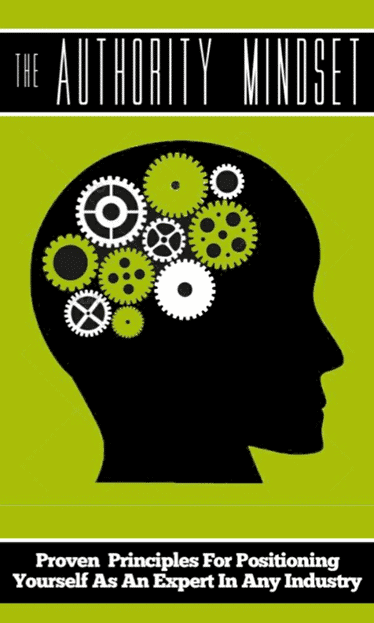 I am a contributing author to The Authority Mindset which became an Amazon Best Selling Book that is available in both Kindle & paperback editions. We explored the mindset that each of us must have to quickly & effectively create authority in our own business endeavors. After completing the main body of the book, contributing authors each provided a chapter about themselves. The following is from my chapter...

Roger Due grew up on an Indiana dairy farm as the eldest of 9 and was very active in 4H and science projects. In junior high, he helped sell snacks to people viewing the 4H cattle presentations at the county fairgrounds. In the Fall, he would sell Christmas cards. “My objective was to get off the farm,” he explains, “I went to school to study Physics and my original idea was to get a PhD in Experimental Nuclear Physics. Instead I got my Bachelor’s degree, and later I went back to school to get my MBA.”

Due worked in the Boston area high tech industry until 1991. He and his wife then moved to Albuquerque, New Mexico. “We first lived in a community-based, housing organization where there were about 95 condos. We had our own roads, water plant, sewer plant, and everything was self-governed. I got elected to the Board. I didn’t quite realize what I was getting into, but I was on the Board for three years; the first year as Secretary and the next two years as Board President,” Due says.

Due has an ability that a lot of people aren’t willing to exercise. He was able to walk into dynamic situations with people of different temperaments and personalities and assess the situation and pull together a solution that would work for everyone. There was a situation with one of the tenants that had gone on for seven years. The Board was constantly sending him letters requesting specific actions and he kept ignoring them.

So Due said, “Well, I’ll take a look at that.” So he went up and talked with the owner who said, “You’re the first person who’s ever set foot in my home and talked with me about this situation.” Due came to an agreement with him and got it solved. Due was also instrumental in getting a major revision of the Bylaws written and approved, and upgrading the sewer plant to extend its life for another 20 years.

Due is known as a troubleshooter and the Solutions Guy. When you want a workable solution, let him take a look at all the parts and he’ll come up with something that a lot of folks may not have thought about. He’s a problem solver. “It was a real wake up to realize that I had this skill of working with such a diverse group of community people to formulate and implement solutions in very challenging situations,” Due says.

Today, Due specializes in an area of business websites called responsive design. Basically, that means that the website is built to that contain all of the pieces needed for it to correctly display all content, regardless of the devices used to view it — whether it’s an iPhone, a tablet, or a laptop. With this type of design the same content is dynamically rearranged and resized so that it will display correctly on all devices without having to zoom and scroll right/left.

“We know that over fifty percent of the searches these days are done on smartphones and mobile devices. Having a website that provides a great user experience across all devices translates into increased revenue for the business. For example, in the real estate industry, think of the home shopper. They’re driving around town with their smartphone. Well, isn’t it a good idea to be able to have easy access to the possible home information out there on your smartphone? If you want to have an exercise in frustration, try looking at a typical real estate website on your smartphone. You’ll go crazy trying to find the information, since most of these websites were designed for desktop browsers and not the smartphones.”

In addition to his technical background as a problem solver and trouble shooter, his wife is from the Black Forest area in Germany. She got him involved in a lot of outdoor activities. “I do a little bit of hiking with her,” he says. “In 2009 we spent a whole month in Australia. We took our tent and camping gear with us and rented a car. We went from Melbourne to Adelaide to Ayers Rock to Alice Springs, camping the entire time, driving over 4,300 miles. We never stayed in a hotel once. Most of the time, we camped in the Outback. We made it a point to shop for our supplies where the locals would shop. We cooked our own food and were out in the Outback enjoying the wide open spaces and hiking with the locals. You get to see a much different side of people when you travel that way. The Australian’s were very friendly.”

“I have enough confidence in my abilities that I can work with a diverse group of people to find solutions for challenging requirements and get consensus for a successful implementation. As a manager, I never threatened by saying that you’d better do it my way or else. I always tried to bring people along and educate them as to the reasons we were doing things in a particular way when finding solutions. I think a lot of this ties in with how I’ve been able to solve a lot of the website problems that I’ve been working on in recent years. I take the time to understand the client’s business, needs, and marketing objectives.”