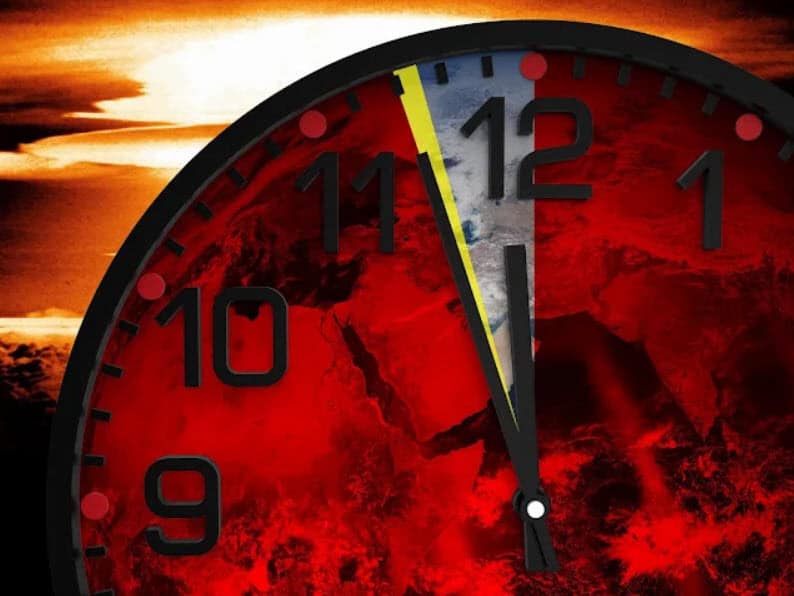 In November of 2022, a Reuters report on yahoo stated that U.S. crude oil stocks in the Strategic Petroleum Reserve fell to 390.5 million barrels, the lowest level since March 1984 as told by the Energy Information Administration.

The report also stated that U.S. East Coast gasoline stocks fell in that period to 47.1 million barrels, which was its lowest level since November 2012. Refinery utilization in the region also rose to 102.9%, which was the highest on record.

So, what does this mean?

The US has been drawing on its strategic oil reserves for over a year while refining it into gasoline for internal consumption while trying to keep the cost of gasoline down. But why is there an energy crisis in the first place?

If there is enough oil in the world to last a long time as some believe, there would be no crisis at all and the US oil reserves would not have to be used, right?

Some may believe that the so called pandemic we experienced is the cause of the energy shortage. But that just simply isn’t true.

During the early stages of the 2020 plandemic, oil demand dropped around the world due to population lockdowns but the production that was already in the supply lines would have covered the restart of the economy. Remember, large corporations did not shut down then, nor did ocean going vessels. They continued offloading despite the delays at the ports due to labor shortages caused by lockdown mandates.

If the theory of endless oil is believed then, there would not have been 22 years of western oil wars if the oil abundance were true.

Today, in January 2023, diesel prices in Canada are still extremely high, $2.30 / liter in Montreal on Jan 14th, 2023. Possibly because the oil refinery is burning the midnight oil (pardon the pun) to maintain its gasoline needs. Maybe diesel fuel is being diverted to energy deficient Europe. Whatever the reason, as everyone knows by now, the high price of diesel fuel feeds inflation because if its on your table or in your home, it was brought by a diesel-powered truck. 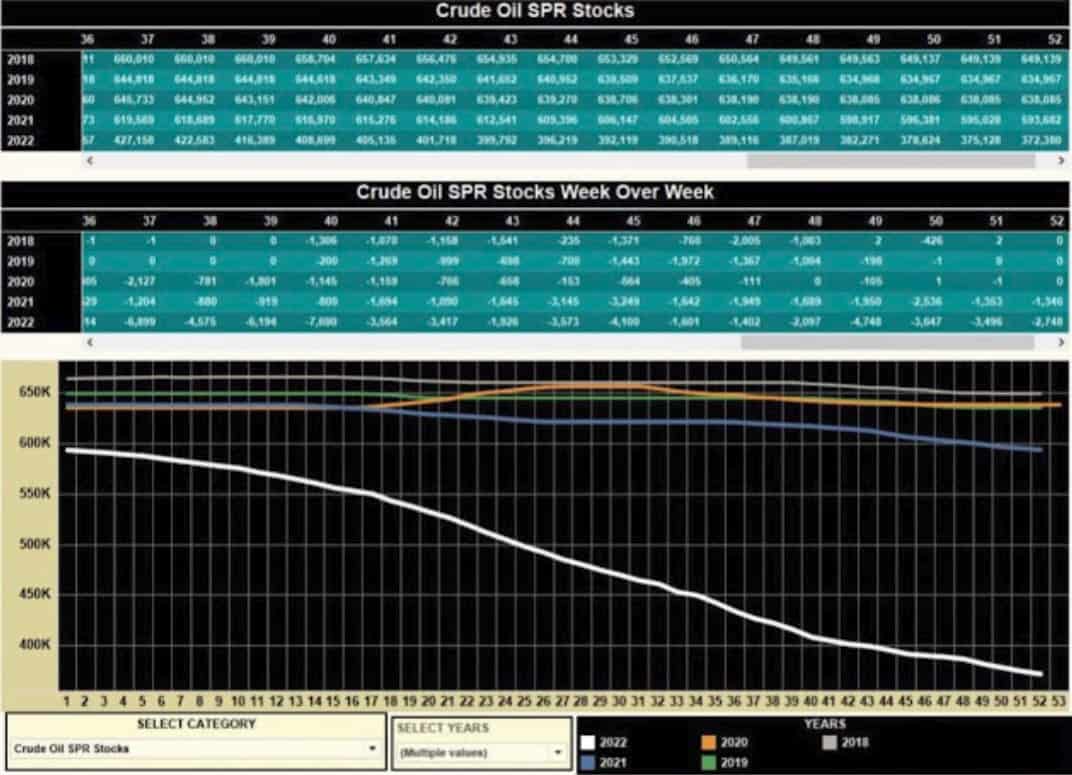 The graph above shows that the SPR oil stocks continued to fall through December 2022 and no doubt will continue this year into 2023 or the price of gasoline will rise. The question is, how long will they draw on the strategic oil reserves before a major crisis causes a North American energy and economic crash? AND where will they get the future oil supply to power the growth of western economies?

We are in the midst of the economic storm, so by all indications given the current geo-political stance of the western nations with their economic energy war on Russia, I’d say less than a year…but where does it go from there, as economic wars can lead to military wars, but energy wars, with no off switch, will definitely lead to war between powerful nations.

The sooner sanity comes back into the world, the sooner we can address the long-term problems that the shortage of energy creates…and they are massive problems which require massive restructuring in the way in which we live.

The problem is simply not going to go away because the supply of oil and gas have limits with respect to growth economics. Economies and energy demand have been falling especially as this current recession has taken hold, yet energy prices remain high. We certainly do not need the kind of dystopian solutions that our western governments have provided, lockdowns, wars etc. Nor should we allow them to continue the warring trend that they’re currently on towards the future either.

We the people of the western world need to stand up and put the brakes on our governments, force them to sit down and begin rational conversations in foreign and domestic affairs.

Our governments are on the road to a major War and this is simply NOT an option that should even be contemplated in the nuclear age. The longer we the people wait and do nothing to stop them, the more real a global conflict will become; and the only way to stop our governments from going to war is for the people to unite together in each nation and then globally. Our divisions which are based on “belief” weather its based on research or propaganda, must end if we are to survive the road we are on. Surely people can see a major war on the horizon by now.

Stand up and put the reigns on your governments, war will surely come if we do not. Time is quickly running out..

Stewart Brennan is a Geo-political and economic analyst, activist, blogger and author. He’s worked in the Aviation, Packaging, Transportation and Logistics Industries and is the author of “The Activist Poet”, two books of political activism and poetry. (See Here and Here) He’s also the author of several blogs including World United News and World United Music and a contributor on Global Research.