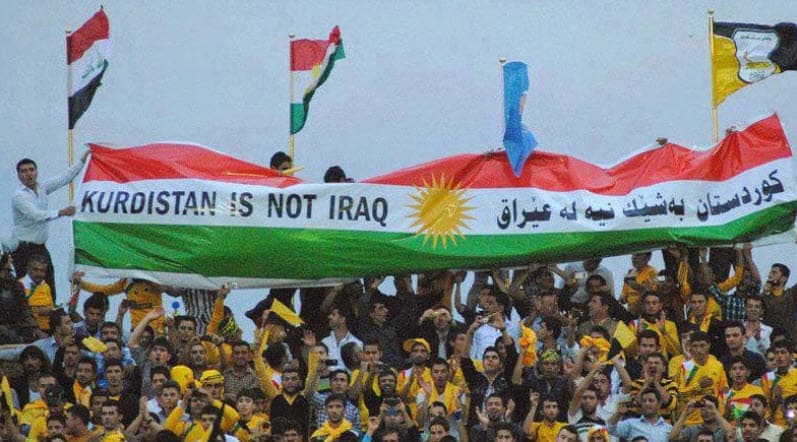 The US-NATO led invasion of Iraq started on 20 March 2003 on the pretext that Iraq possessed Weapons of Mass Destruction (WMD).

However, after the 28th February ceasefire was agreed and signed – following the Basra Road massacre of withdrawing soldiers and fleeing civilians on 26th/27th February –

Of relevance to the Ukraine Crisis, extensive crimes against humanity have been committed by the US and its NATO allies under the banner of “peace making operations”.

On January 16, 1919 President George H. Walker Bush announced the start of what was called “Operation Desert Storm”, which was portrayed as “a peace-making operation” allegedly “to expel occupying Iraqi forces from Kuwait”.

Remember: The 1991 Gulf War: The Massacre of Withdrawing Soldiers on “The Highway of Death”

There for 60 miles every vehicle was strafed or bombed, every windshield is shattered, every tank is burned, every truck is riddled with shell fragments. No survivors are known or likely. The cabs of trucks were bombed so much that they were pushed into the ground, and it’s impossible to see if they contain drivers or not. Windshields were melted away, and huge tanks were reduced to shrapnel. 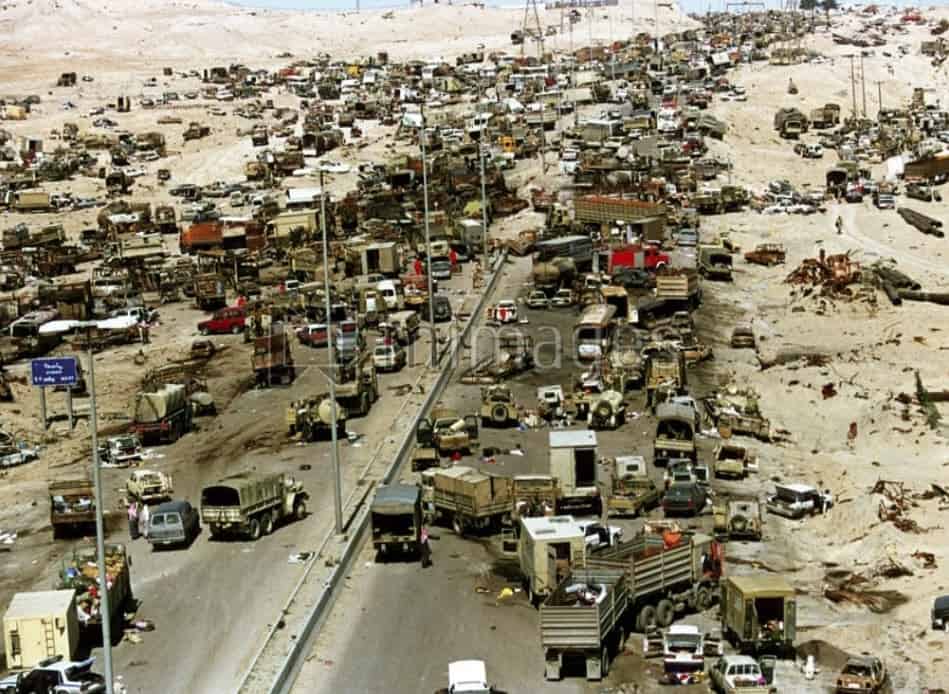 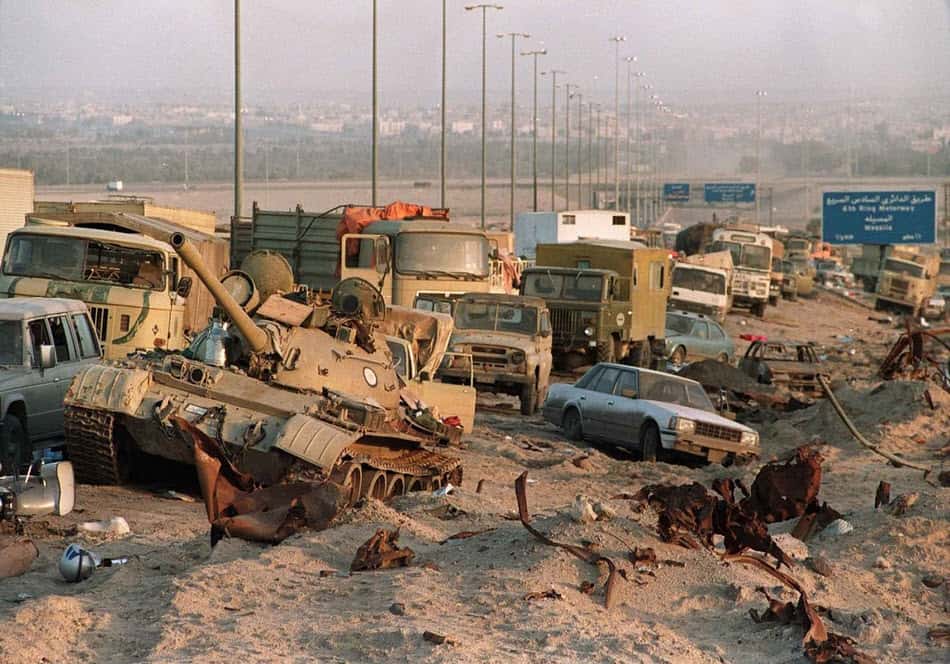 Those extensive crimes against humanity were the beginning of a long and unending war against the people of Iraq.

Historians often refer to the One hundred years war between England and France which in fact lasted more than One Hundred years. (1337-1453).

They also refer to devastation and destruction underlying The Thirty Years’ War (1618-1648) which led to the Westphalia Peace Treaty in 1648.

The WAR AGAINST IRAQ IS ONGOING

The Thirty-two Years Wars against Iraq was launched on January 17, 1991. It was called “The Gulf War”. It was heralded as a humanitarian intervention. A no fly zone was established. The Northern Republic of Kurdistan gained de facto “autonomy”, it became a US sponsored proxy state.

It was the onslaught of what should be identified by historians as:

Reviewing the history of US aggression against Iraq, we can distinguish three distinct stages:

Iraq War III (August 2014-), over several US presidencies, all of which are characterized by extensive crimes against humanity:

These three so-called wars were part of a Thirty Year War which is still ongoing. It is a never-ending war.

The war on Afghanistan did not start in October 2001.

The US declared war on Afghanistan in 1979 under the label of the Soviet-Afghan War, which was sustained by US support to Al Qaeda’s Mujahideen referred to by President Ronald Reagan as “Freedom Fighters”. 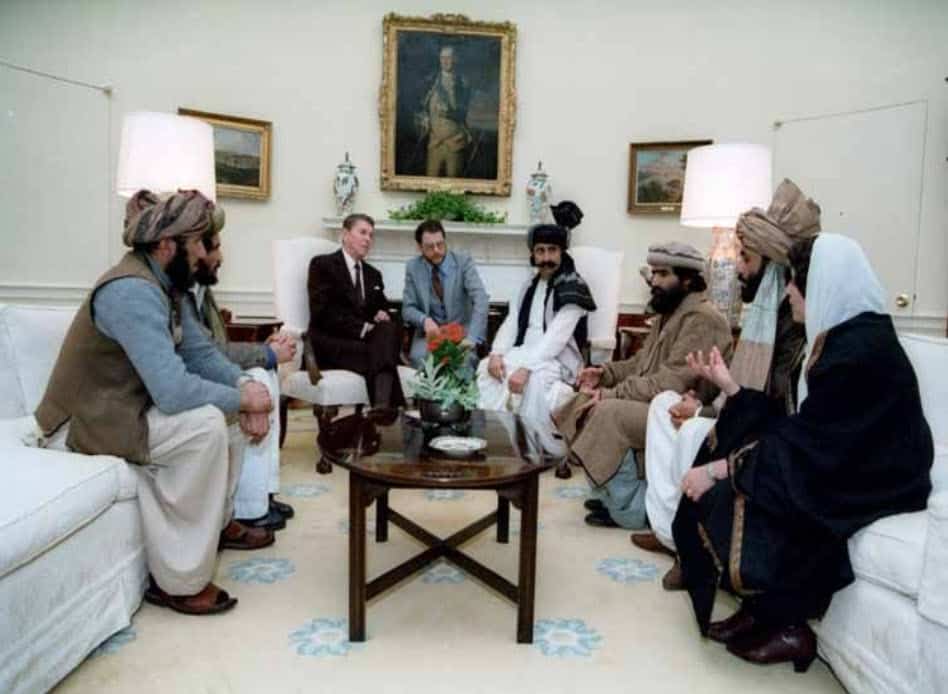 Let us be under no illusions: The US has supported Al Qaeda and its affiliated organizations for almost half a century since the heyday of the Soviet Afghan war.

The US has been at war with Afghanistan for over forty years.

In 2003, Joe Biden as Chairman of the Senate Foreign Relations Committee firmly endorsed the Bush Administration’s decision to invade Iraq in 2003 on the grounds that Saddam Hussein “had weapons of mass destruction”.

“The American People were deceived into this war”, said Senator Dick Durbin. Do not let yourself be deceived again by Joe Biden. 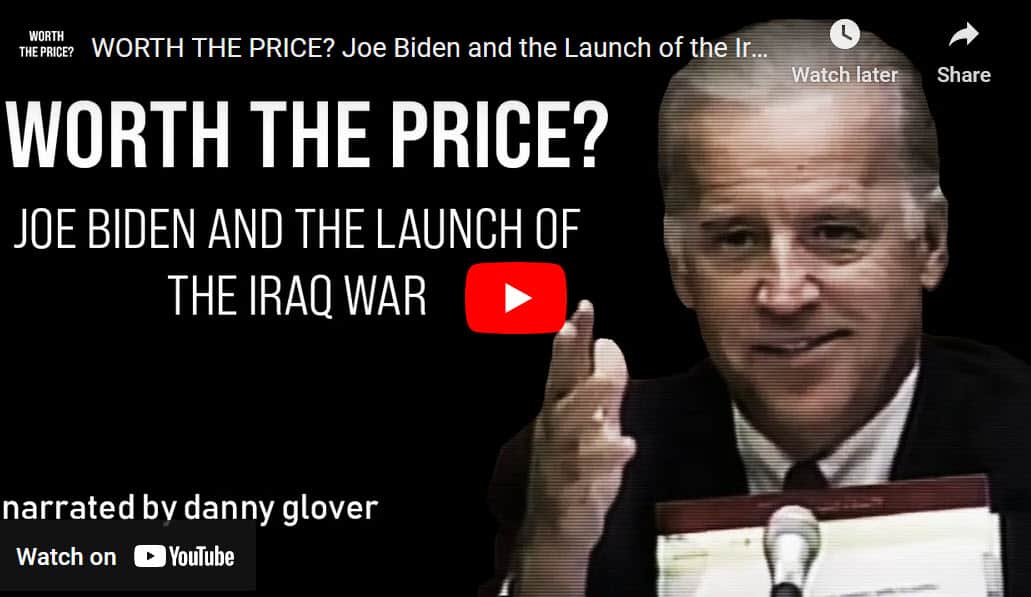 “Sen. Joe Biden is running a sham hearing. It is clear that Biden and most of the Congressional leadership have pre-ordained a conclusion that seeks to remove Saddam Hussein from power regardless of the facts, and are using these hearings to provide political cover for a massive military attack on Iraq. These hearings have nothing to do with an objective search for the truth, but rather seek to line up like-minded witnesses who will buttress this pre-determined result…. This isn’t American democracy in action, it’s the failure of American democracy.

Without Joe Biden’s endorsement of the WMD narrative, would the Democrats have endorsed the invasion of Iraq?

See the video above.

I should mention that during his tenure as Vice President, Joe Biden was firmly supportive of the carpet bombing of Iraq ordered by President Obama starting in August 2014 under a “Fake” anti-terrorist operation against the Islamic State of Iraq and the Levant (ISIL-ISIS-Daesh).

What shear nonsense. Why is this anti-terrorist operation “Fake”? ISIL-ISIS-Daesh is an al Qaeda affiliate, a creation of US intelligence.

The operation was directed against Iraqi and Syrian civilians. It resulted in extensive destruction of the civilian infrastructure of both countries. ISIS was the pretext which was heralded by the media.

And in September 2014, Obama announced the formation of “an anti-ISIS coalition” with the participation of NATO member states as well as US allies in Middle East (including Israel, Saudi Arabia, the UAE, Kuwait, Bahrain, etc).

The incursion of the Islamic State (IS) brigades from Syria into Iraq starting in June 2014 was part of a carefully planned military-intelligence operation supported covertly by the US, NATO and Israel.

The counter-terrorism mandate was a fiction.

The Islamic State was protected by the US and its allies. If they had wanted to eliminate the Islamic State brigades, they could have “carpet” bombed their convoys of Toyota pickup trucks when they crossed the desert from Syria into Iraq in June. 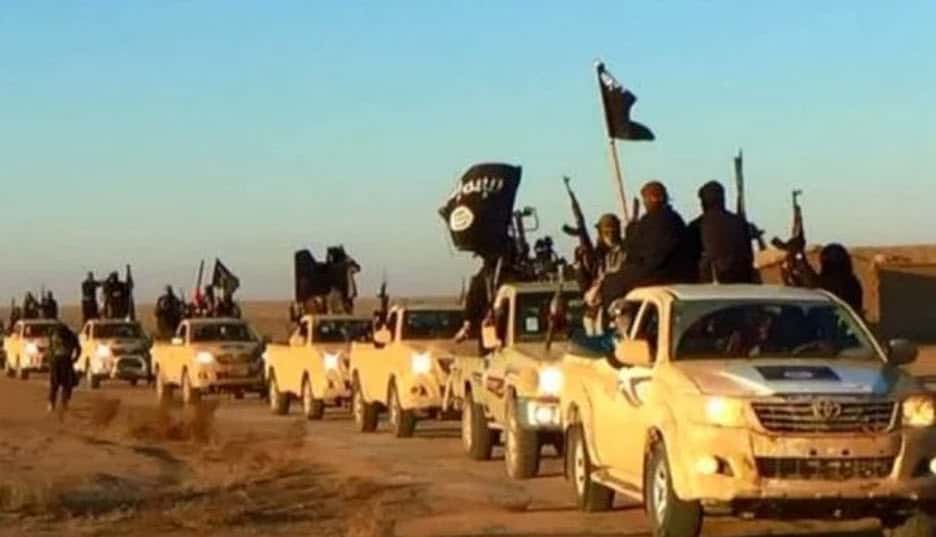 The  Syro-Arabian Desert is open territory (see map below). With state of the art jet fighter aircraft (F15, F22 Raptor, CF-18) it would have been -from a military standpoint- a rapid and expedient surgical operation 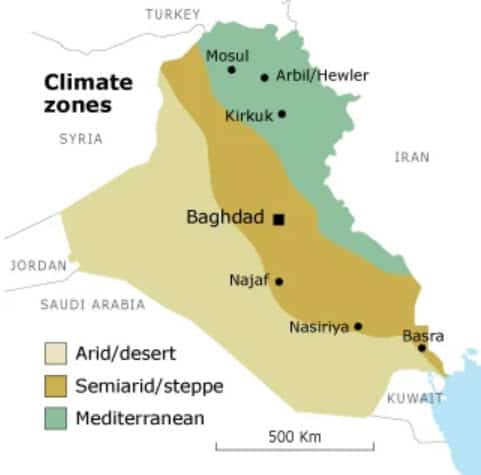 The Obama administration’s carpet bombing operation against Iraq and Syria entitled Operation Resolve was carried out over several years. In many regards, it is still ongoing.

During the period described by historians as The Post War Era” extending from 1945 to the present, the US has embarked upon the ultimate war crime, a military adventure, “a long war”, which threatens the future of humanity.

The Pentagon’s global military design is one of world conquest. The military deployment of US-NATO forces is occurring in several regions of the world simultaneously, resulting in millions of civilian deaths and countless atrocities.

It’s an unending “highway of death”.

After hours of deliberation, the tribunal, in the verdict that was read out by the president of the tribunal Tan Sri Dato Lamin bin Haji Mohd Yunus Lamin, found that the prosecution had established beyond a reasonable doubt that the accused persons, former President George Bush and his co-conspirators engaged in a web of instructions, memos, directives, legal advice and action that established a common plan and purpose, joint enterprise and/or conspiracy to commit the crimes of Torture and War Crimes, including and not limited to a common plan and purpose to commit the following crimes in relation to the “War on Terror” and the wars launched by the U.S. and others in Afghanistan and Iraq:

The Tribunal finds that the prosecution has established beyond a reasonable doubt that the Accused persons are individually and jointly liable for all crimes committed in pursuit of their common plan and purpose under principles established by Article 6 of the Charter of the International Military Tribunal (the Nuremberg Charter), which states, inter alia, “Leaders, organizers, instigators and accomplices participating in the formulation or execution of a common plan or conspiracy to commit war crimes are responsible for all acts performed by any person in execution of such plan.” 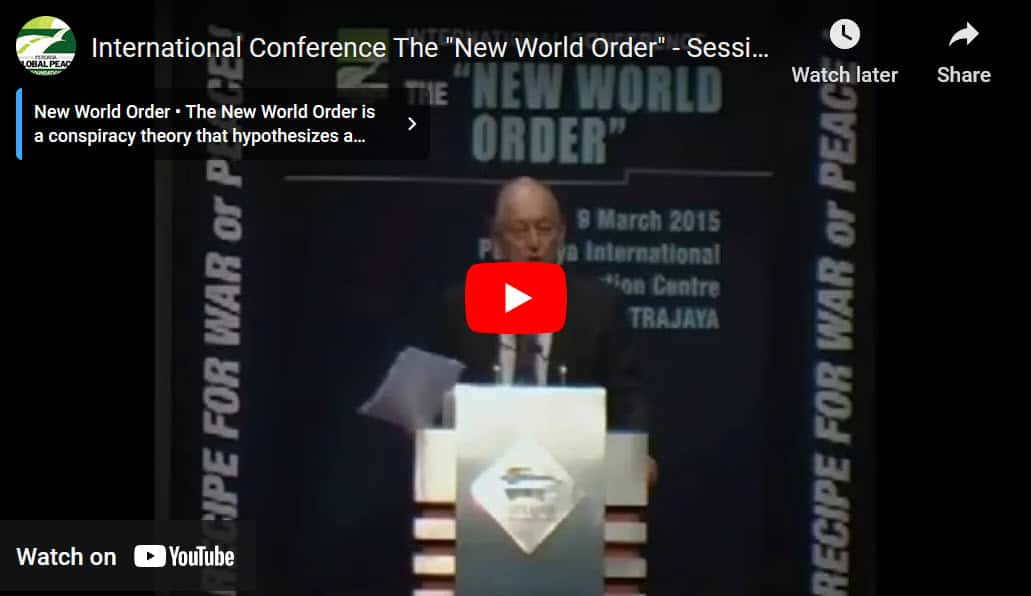 From 2005 to 2016, under the helm of Tun Dr. Mahathir Mohamad former Prime Minster of Malaysia, I served as member of the Kuala Lumpur War Crimes Commission (KLWCC) which coordinated the prosecution and led the indictments against:

Former Israeli army general Amos Yaron and the State of Israel (November 2013): crimes against humanity and genocide stemming from the massacre of Palestinians in Beirut’s Sabra and Shatila refugee camps in 1982.

Posted in Iraq, NATO, United States
← Will 2023 be Worse Than 2022? “Stepping into World War III”The Key to Ending COVID-19 Is Buried in the WTC Wreckage →