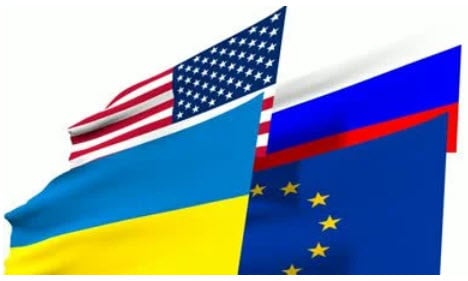 The Federation of American Scientists confirms in January the news given by Grandangolo in December 2022 based on a U.S. Air Force document: the C-17A Globemaster aircraft has been authorized to carry the U.S. B61-12 nuclear bomb to Italy and other European countries. Since Biden Administration officials had announced that the B61-12 shipment would be brought forward to December, we believe that the new US nuclear bombs are already arriving in Europe to be deployed against Russia.

READ MORE: Enormous U.S. Military Spending, EU Dragged into Abyss of War against Russia. Italy Out of the War!

The U.S. and NATO are pouring into Ukraine huge amounts of heavy artillery munitions supplied to the Kiev armed forces. The U.S.-according to official figures-has so far sent more than one million rounds of ammunition for 155 mm howitzers to Ukraine, plus tens of thousands of missiles. About 300,000 rounds of ammunition come from U.S. military depots in Israel. The arms shipment is managed by an international network, in which Camp Darby- the largest U.S. arsenal outside the motherland, connected to the port of Livorno and Pisa military airport – plays a central role. Britain, France, Poland and Finland are supplying Kiev with tanks, and Poland is purchasing Abrams tanks from the U.S. Some of which may be destined for Ukraine.

At the same time, the U.S. and NATO are enhancing the deployment of their forces in Europe, increasingly close to Russia. In Romania, NATO deployed AWACS aircraft, equipped with the most sophisticated electronic equipment, kept constantly in flight near Russian airspace. Also in Romania, the Pentagon deployed the 101st Airborne Division, which is being deployed to Europe for the first time since World War II.

NATO and the EU establish “a task force on resilience and critical infrastructure.” “NATO,” declares the Council of the European Union, “remains the foundation of our collective defense. We recognize the value of a stronger European Defense that contributes to transatlantic security and is complementary and interoperable with NATO.”

Manlio Dinucci, award winning author, geopolitical analyst and geographer, Pisa, Italy. He is a Research Associate of the Centre for Research on Globalization (CRG).