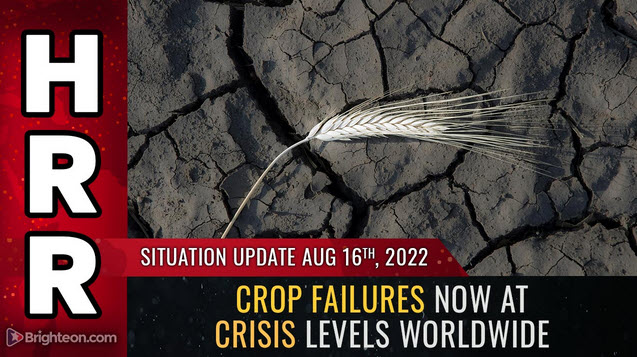 This article may contain statements that reflect the opinion of the author.

(Natural News) The following statement is a fact, not hyperbole: Globalists are currently carrying out a planetary-scale genocide agenda against humanity and all life on Earth as we know it. They are waging this war through multiple vectors that attack not only humans, but also plant life across the planet:

These efforts by the globalists are achieving significant traction. Global food crops are in a crisis, with 50% – 80% crop losses reported in some areas. Nations like Sri Lanka are in a state of total collapse, spurred by UN-directed bans on fertilizer, leading to devastating crop losses and economic chaos.

Western Europe is being plunged into an energy crisis and a food crisis at the same time, and most western nations are printing fake fiat currency at a pace that will inevitably lead to the total destruction of those currencies and the plunging of their populations into persistent poverty.

Nearly half the United States is in a severe drought, and crop failures are worsening across both the Midwest and California’s Central Valley. Drought conditions are also devastating the UK, Spain, Italy and Germany, and as Michael Snyder writes from The Economic Collapse Blog, these crop failures are apocalyptic in scale:

…[U]nprecedented drought is absolutely devastating crops all over the northern hemisphere. A lot of people are complaining about how high food prices are right now, but just wait. If some sort of a miracle doesn’t happen, agricultural production is going to be way below expectations in both the United States and Europe, and that is going to have very serious implications for 2023.

“In 2023, there simply is not going to be enough food for everyone,” writes Snyder.

Note: See Steve Quayle’s powerful new film Megadrought to get a full understanding of this drought situation and why it won’t simply go away next year.

The United Nations has declared war on fertilizer, which feeds 4 billion people

As Michael Shellenberger explains in this outstanding Substack article, the collapse of Sri Lanka took place because an ignorant, anti-fertilizer president banned all fertilizer imports in 2021, leading to a catastrophic collapse of the domestic food supply and economy:

One month after the Colombo meeting in 2019, which generated significant media attention in Sri Lanka, voters in that nation elected an anti-fertilizer president, H.E. Gotabaya Rajapaksa, who claimed, without scientific evidence, that synthetic fertilizers were causing kidney diseases. In April 2021, he banned fertilizer imports.

In fact, the fertilizer ban was causing a crash in agricultural production. After the fertilizer ban, 85% of Sri Lankan farmers experienced crop losses. Rice production fell 20%, prices rose 50 percent, and the nation had to import $450 million worth of the grain. In Rajanganaya, where farmers operate on just a hectare (2.5 acres), of land on average, families reported producing half their normal crop harvest.

Hardest hit was tea. It had generated $1.3 billion in exports annually and provided 71% of the nation’s food imports before 2021. After the fertilizer ban, tea production crashed 18%, reaching its lowest level in 23 years. The government’s devastating ban on fertilizer thus destroyed the ability of Sri Lanka to pay for food, fuel, and service its debt.

The economic collapse and chaos in Sri Lanka, you see, was a test case to see if they could achieve the same results on a global scale. By banning the fertilizer that feeds literally half the humans living on planet Earth, globalists knew they could plunge any nation into chaos and starvation, ultimately resulting in total economic collapse and mass death / depopulation.

The UN, in other words, is waging war on humanity’s food supply. This is a deliberate, engineered attack on human life.

This astonishing, ridiculous claim is found in this CNBC article. The exact statement is:

The United Nations’ worst-case scenario calculation is that global food prices will rise by an additional 8.5% by 2027.

You read that correctly. The same UN that’s tearing down the global food supply and collapsing nations into chaos and starvation says food prices will only rise 8.5% by the year 2027 — and that’s the worst case scenario, according to their calculations.

My response to that? Food prices will probably rise 8.5% by next Tuesday at the current inflation rates in America. Egg prices across America are up 47% this year alone. Crab meat is up over 100%, and anyone who owns or runs a restaurant can tell you that their wholesale costs on food supplies have increased anywhere from 20% – 200% over the last year, depending on the item. In many cases, the items aren’t available at any price. We’re dealing with both food inflation and food scarcity at the same time.

That same CNBC article admits that fertilizer prices are up over 500%, saying:

“Last year [fertilizer] was around $270 per ton and now it’s over $1,400 per ton,” Meagan Kaiser, of Kaiser Family Farms and farmer-director of the United Soybean Board, told NBC’s “Nightly News with Lester Holt.”

So how can fertilizer prices rise over 500%, yet food prices only rise 8.5% in five years? And don’t forget to factor in rising diesel fuel prices, diesel engine oil shortages, transportation price increases, the collapsing supply chain of spare parts for agricultural equipment and the collapsing US railroads that now refuse to transport fertilizer to farms when they need it most.

Restaurant menu prices in America have already gone up 50% or more, year over year. And given the extreme droughts leading to the widespread slaughter of cattle across America right now, beef prices in 2023 are going to more than double what they were in 2022. Look for a 100%+ year over year increase, followed by extreme shortages.

Ready for some yummy crickets?

As the UN and globalists are utterly destroying the global food supply, they’re trying to convince everyone to eat crickets as their primary protein source. As Adan Salazar writes at InfoWars.com, “You WILL Eat the Bugs: Major Brands Quietly Slipping Insects Into Your Food.”

Ground cricket protein is being slipped into processed foods sold at grocery stores, with cricket ingredients being labeled “sustainable” on the front of the bag, while the small print on the back says, “People who are allergic to shellfish may also be allergic to crickets.” 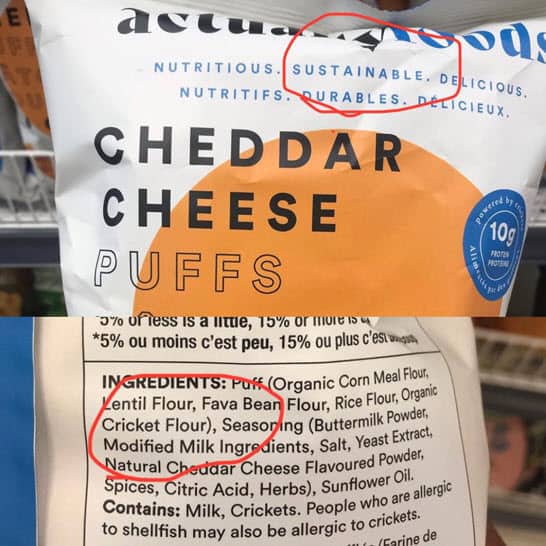 A company called “Hoppy Planet Foods” (not HAPPY, but HOPPY) has released “Chocolate Chirp Cookies,” emphasizing the word “chirp” because they are made with ground crickets. The front of the bag boasts, “3X protein” but makes no mention of the ground up crickets contained in the cookie mix. 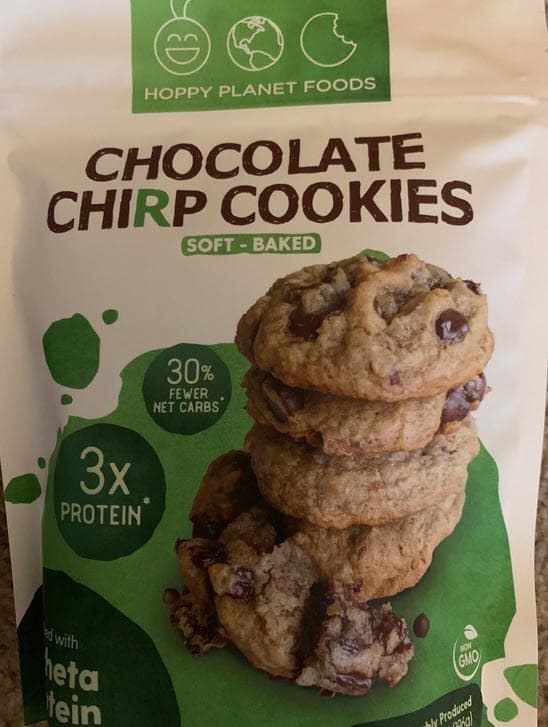 Going all-out with the cricket boasting, another company called Roberts Bakery (UK) sells “Crunchy Cricket Loaf” bread that’s made with ground crickets known as “c336.” We could not find any information on “c336” crickets, so we’re not sure what that means, but it sounds like a strain of genetically engineered cricket creatures (Frankenfood).

It’s worth noting that when they scrape the crickets out of the cricket grow chambers, they probably don’t manage to remove all the cricket poop. So you’re probably eating ground cricket poop in all these products. Welcome to your “green” utopia.

No doubt KFC will soon come out with an “Extra Extra Crispy Fried Chicken” recipe that’s rolled in cricket wings with little cricket legs sticking out that you have to pick away.

McDonald’s will probably soon have “Cricket McNuggets,” and Pizza Hut will no doubt try to push something like cricket-filled pizza crust with extra cricket sausage toppings, because Pizza Hut is a woketard corporation that goes along with every stupid idea pushed by the globalists.

All the powers of the world are targeting you for termination

Remember the vision of the globalists: You are going to eat crickets, drink your own pee and die penniless, owning nothing and having zero freedoms if the global anti-humanists get their way. The Democrats, the corporations and the governments of the world are all-in with this nefarious, demonic scheme. And as Yuval Harari recently stated, the planet no longer needs “the vast majority” of the current human population. This was part of a TED interview, with TED being the demonic, globalist, anti-human influence platform that bans anyone from speaking about the dangers of GMOs or pesticides. As Life Site News explains:

Harai suggested that, in a departure from the 20th century, when the “big heroes” of political systems’ prevailing narratives were always “the common people,” now in the 21st century, people “are no longer part of the story of the future.” Instead, according to Harari, they have been replaced by artificial intelligence (AI) and displaced by a high-tech economy.

Prepare to be exterminated if you go along with the globalist death cult, which Harari now seems to represent. 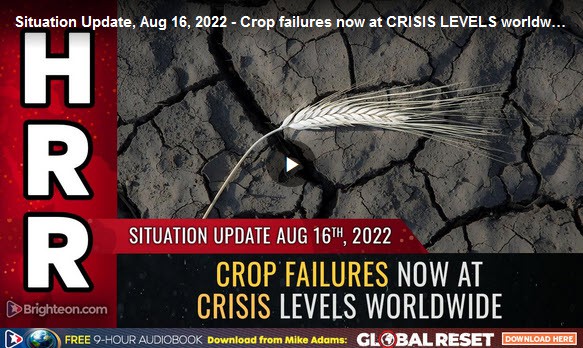 Posted in Food Production
← World governments are preparing for an Extension Level Event (ELE); CDC reverses itself on every pillar of COVID theater