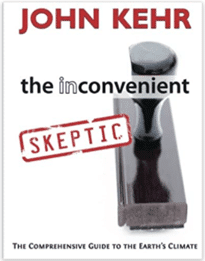 The politicians, media, & special interests are constantly telling us that we are faced with catastrophic global warming if we don't hurry up and do something. They conveniently leave out long term climate cycles and try to convince us that what they are selectively showing us over the past 1, 5, 10, or even 50 years lets them accurately predict the future. They can't even accurately predict the weather over the next 3 months, yet they want us to believe their "global warming" predictions!

Their scam doesn't hold water when we examine & understand climate cycles over very long geological time scales. John Kehr's book is just one of many that analyzes these long-term cycles. What follows is a short summary gathered from his research and from many other sources that don't have a political agenda. Over the past 1 million years there have been 8 major climate cycles.

Over the past 135,000 years we went from an interglacial warming to about 100,000 yrs of glacial ice age where it can be shown that the ocean level was 400 feet LOWER (40 story building) than today 22,000 years ago. Today we are at the END of the current interglacial warming period. Therefore, the ocean level will be going DOWN over the next 100,000 years, not up!!! Geologists have developed some very clever ways of measuring the sea level over geological time scales. In the following graph notice that the sea level goes DOWN as it gets colder because the water is frozen as snow and ice on land. Also notice that none of this happens in a straight line. During the glacial ice age there are a lot of ups and downs in both the seal level and temperatures on land. Likewise, during the interglacial warming. This is a major reason why trying to make predictions based upon even 500 years of data doesn't work, especially if taken out of context of the longer-term cycle shown here. (The scale on the left is in meters where 1 meter = 3.281 feet.) 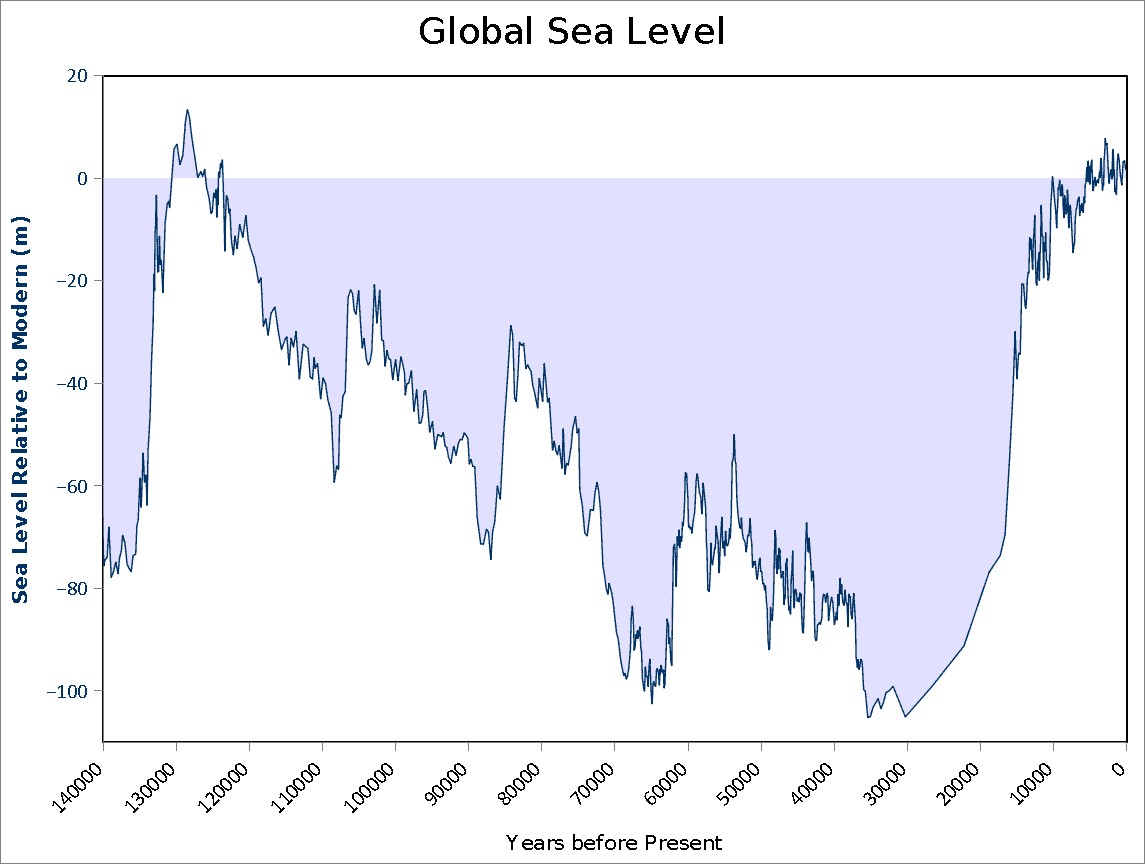 The following timeline illustrates why it is very important to understand the long-term climate cycles and where we are at in the cycle. Long term predictions can't accurately be made based upon short term analysis. Notice that this covers only the most recent 4,540 years since the ocean reached its lowest level about 22,000 years ago. Since then, we have been in an interglacial warming period, yet about 3,000 years ago we started heading into the next 100,000 years of glacial ice. As you can readily see, there have been many swings between warming and cooling, even though most of the past 22,000 years has been part of the interglacial warming. During the past 4,540 years there have been at least 78 major temperature swings. Also, whenever the solar radiation has decreased and volcanic activity has increased, global temperatures suddenly plummeted, often within weeks or months. 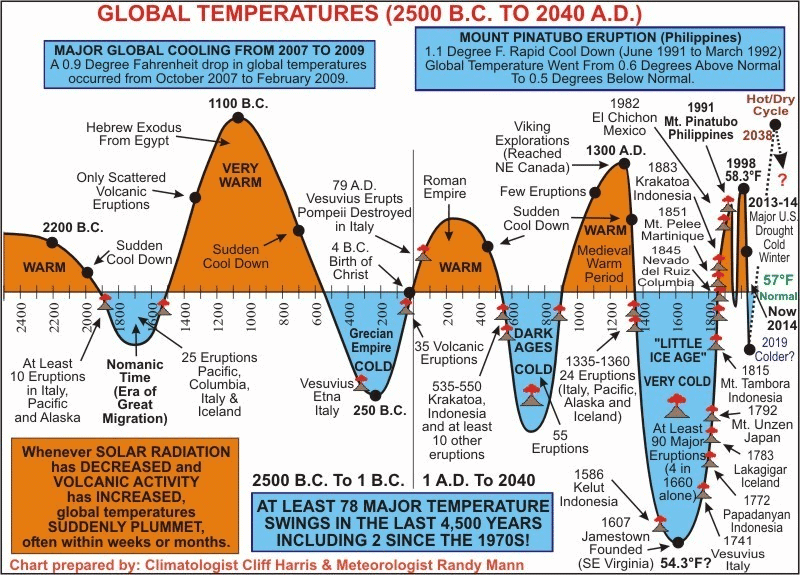 About 3,000 years ago the earth's climate started heading into the next glacial ice age that will last about 100,000 years. This has nothing to do with influences by man. The minimum time scale you must examine is 1,000 years to get a sense of which direction the climate is heading.

Furthermore, we NOW have NEW glaciers forming over the past few thousand years, which is a good indicator of which direction things are headed. Wyoming even has a new glacier that started forming 300 years ago!

Therefore, trying to control "global warming" is very foolish because that is not the direction we are headed. Preparing for the coming ice age would be far more beneficial. A lot of the earth will NOT be able to support agriculture during that phase. In the past this meant entire populations were wiped out. In the future we could offset this with proper uses of available technology. Focusing on "global warming" simply ignores reality that man can't control!!!

Even some scientists on the UN-IPCC realize that 'climate change policy' has very little to do with real environmental issues. 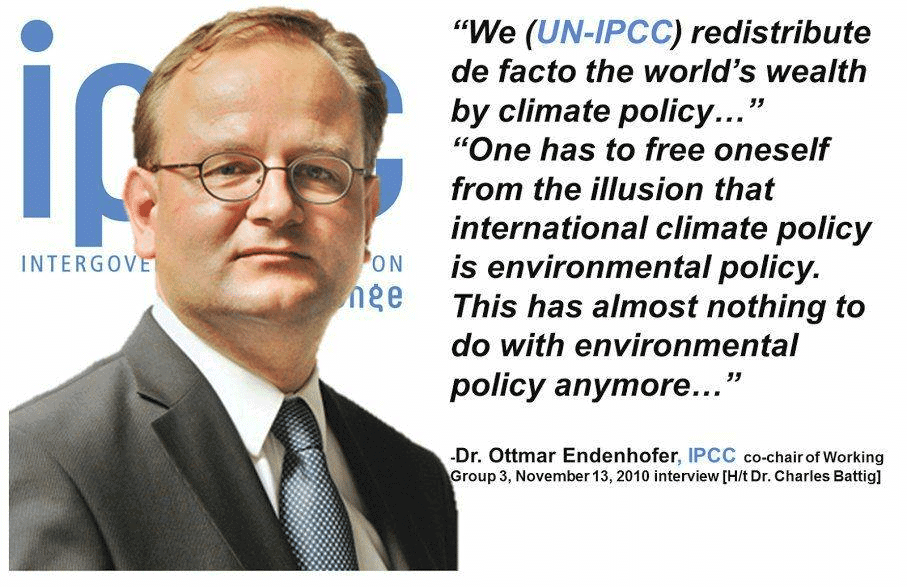 Posted in Climate
The Plan to Save the World →